The aim is to fuel former King's School pupil Ross’ bid for top spot in one of the most acclaimed club racing championships in UK motorsport.

The partnership will see the JC Couriers brand on the race car, team wear and support vehicles.

Ross said: “I’m excited that JC Couriers has decided to support our racing efforts and I look forward to getting out on the track and delivering the very best results we can for them.”

The alliance coincides with the opening of JC Couriers’ new Bourne depot, a location that has an 80-year connection with the motorsport industry, and was home to international racing driver and designer Raymond Mays who founded British Racing Motors (BRM).

Ross, of Castor, began karting at eight-years-old racing in two-stroke championships before moving into saloon cars in 2014.

He moved into a Radical SR1 part way through the 2018 season and was a top-five finisher in his first outing.

He said: “As the team behind the 2018 Radical SR1 Cup champion, Avidity Motorsport has proven that a small private team that’s determined and totally committed to winning can take on the big budget teams and beat them.

We are pleased to welcome our latest Sponsor to the Avidity team. 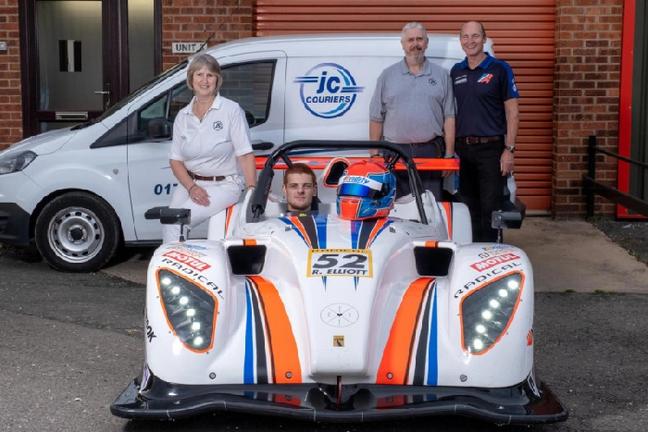 We are pleased to welcome our latest Sponsor to the Avidity team.